The Solution to Crypto Market Capitulation

“Oh my God, it’s still dropping! What the heck is going on? How low can it go? This is the end!”

There’s a moment in the life of every crypto trading where it feels like the sky is falling. Your wallet, which just days, or even hours ago, looked reasonably healthy is now blood red from price action which shares a similar trajectory to a brick being dropped from a great height.

Panic sets in, your heart rate explodes to new all time highs, and the only thing you can think is ‘this is worse than the zombie apocalypse’ as your inner voice screams at you to ‘sell NOW’!

Welcome to your first experience of market capitulation. It’s cruel and unforgiving, but don’t despair, because, by reading this article, you might just be able to give yourself a day off from ever worrying about it ever again.

What is Crypto Market Capitulation?

There are many wonderfully descriptive definitions of the term ‘capitulation’.

The Cambridge English dictionary describes it as ‘the act of accepting defeat’, whilst Merriam Webster refers to it as ‘the act of surrendering or yielding’ but these don’t come anywhere near the Urban Dictionary’s wonderfully explicit elucidation, where they aptly define capitulation as “becoming someone else’s bitch”.

In crypto trading, we refer to capitulation as the mass liquidation of a declining asset, at a loss.

Or to put it another way, everyone is running around with their metaphoric hair on fire, panic selling as fast as they can.

How low can it go?

Crypto market capitulation happens generally when there’s been some sort of downtrend already, and suddenly, en-masse, traders all reach a tipping point of surrender. They sell, often at a loss, and this has the net effect of pushing the price of the asset down even lower.

This sharp, downward pressure creates a kind of playground pile-on, as more and more holders panic-sell, trying to get out of their positions before the market tanks even further.

Capitulation isn’t even that rare an occurrence, especially in the unregulated and highly volatile crypto markets. For example, Bitcoin has experienced several severe market capitulations, in 2015, 2016, 2018, and most recently in 2022, and smaller, and more frequent, dumps happen with alarming regularity.

To the victor, the spoils

It falls, and falls, and falls… and then, out of nowhere, the price reaches a bottom, and it doesn’t so much go splat, rather it tends to have a pretty impressive bounce.

Whilst this gives momentary relief, quite often this then marks the second, and possibly most cruel aspect of a market that’s just capitulated - the reversal, as the price finds its low point, it bounces back up north, printing huge green candles, and sometimes even heralding a move to new all time highs.

This happens when the market runs out of sellers (those who are hodling come-what-may just aren’t selling, and everyone else has already gone), and as a result, more pragmatic traders suddenly see a glorious and golden opportunity for a tasty dip-buy, and the money starts to flow back in.

Now, those who sold in abject panic on the way down suddenly find they’re on the other side of the coin. Not only did they sell at a loss during the steep slide down, but now they find themselves scrambling to get back in as the price accelerates past the low point they exited at. This is what Bill and Ted would refer to as a ‘deeply bogus’ situation, a double kicking whilst you’re already down and licking your wounds.

Generally at this point, greener investors spend a lot of time beating themselves up and undergoing severe ‘could have, would have, should have’ meltdowns. If ever there was a time when those new to crypto trading typically give up altogether, disgusted at themselves for losing their investment, it’s right about this point.

The Psychology of Market Capitulation

So why does crypto market capitulation happen? Although there are many technical reasons why markets capitulate, typically this phenomenon happens after an already protracted period of downtrend in the market.

Poor results, some bad news about a project, or even some FUD elsewhere in the crypto market (such as delays, hacks, rugpulls or even a dismissive tweet from Elon Musk) can all lead to negative sentiment, causing a massive stampede for the exit.

But the truth of the matter is that capitulation is almost entirely down to human psychology, and the sudden tipping of the balance from the diametrically-opposed emotional forces which control cryptocurrency prices, as greed turns to fear.

Many investors become fearful that they won’t be able to recapture their initial investment. Sometimes, they just don’t see a future for the token they’ve invested in.

But the net effect is the same; As the first cracks start to emerge, they begin to panic about being a bag-holding loser, the guy who failed at crypto, and their ego forces them to ‘get the hell outta there’, lest they end up sitting on even deeper losses if they don’t exit RIGHT NOW.

Capitulation doesn’t happen slowly over a protracted length of time. It occurs quickly, suddenly and violently, reaching a peak as the adrenaline pumps. This causes the big red candles to grow bigger and longer, causing a vicious cycle as many equally panic-ridden traders dump their assets, leading to a further increase in the velocity, speed and quantity of selling.

Now that’s not to say that sometimes, massive dumps aren’t happening because a project has failed and is indeed going to zero, as happened in May 2022 with the collapse of the Terra ecosystem and its algorithmic stablecoin UST. These situations (thankfully) are quite rare.

Part of the challenge is that it’s only really possible to figure out what just happened after the fact, with no real way to identify a capitulation event in advance.

However, there are some real time signals that more rational and pragmatic traders may be aware of, which allows them to slow down and manage their emotions when the dumping is in full swing.

For example, when crypto assets have been declining for some time, and trading volumes suddenly spike to higher than average levels, typically after a hammer candlestick is printed on a chart, this is generally a good indicator of possible capitulation, but as with all technical analysis, it is not a hard-and-fast rule.

Typically, the only way to know that a capitulation event has occurred is after the dust settles, and some time has elapsed into the next period of consolidation.

Those who hold through these periods of massive downward volatility are often known as ‘diamond-handed’, and those who sell at a loss are disparagingly referred to as having ‘paper-hands’.

The fact of the matter is that traders with diamond hands generally come out of crashes in a much better position, especially if the market does in fact make a rapid and unexpected reversal.

The solution to crypto market capitulation

So, is there a way for crypto enthusiasts to protect themselves from the pain and misery which can be caused by a crypto market capitulation?

Fortunately there is, courtesy of a DeFi protocol known as Bumper, which launches in Q3 of 2022.

Bumper allows crypto hodlers to take out protection on their crypto assets, meaning that if the price of an asset falls below a floor which the user has set, that it retains its value at that level, regardless of how far it eventually bombs to. But simultaneously, if the market rips again, reaching heady new heights, you don’t miss out on the upside.

Bumper’s unique price protection protocol lets you sleep easily, knowing that whichever way the market goes, it’s got your back, and the cost of this protection is significantly cheaper (and easier) than using simple stop losses or buying put options as a hedge against the downside.

The mechanics of Bumper are, on the surface, pretty simple really. Protect your assets by choosing a floor and a term length, and then lock your crypto into the Bumper smart contract.

This returns the user a ‘Bumpered asset’ which represents their position. For example, if you deposit 1ETH at $2000 for 30 days in the protocol at a floor of 90%, you are given a Bumpered ETH (bETH) token, and the value of this token never declines below the floor (which in this example is $1800).

This means that when the contract expires after 30 days it can always be redeemed for this amount (less the premium paid) should the price of ETH drop below the floor.

However, if ETH suddenly jumps up to say $3000, well and good, you simply return your Bumpered ETH for your original token, and once again, you’ve kept your head throughout the volatility.

Capitulation is part and parcel of the highly volatile cryptocurrency markets, and when it happens, it can be devastating. Understanding how to manage risk, and not get caught up in the traps that are laid everywhere for unsuspecting crypto investors is key to being both financially successful and staying emotionally zen.

Bumper provides a low-cost, highly efficient way of protecting your wallet from the effects of market capitulation, and Bumper’s price protection will not only be a useful solution for crypto traders, but a must-have tool in the arsenal of experienced DeFi degens.

If the idea of going through a market capitulation doesn’t sound like a whole lot of fun, you can take the day (or month, or even longer) off from worrying about it, and simply protect your assets from sudden and unexpected capitulation that is sure to spoil your day otherwise. 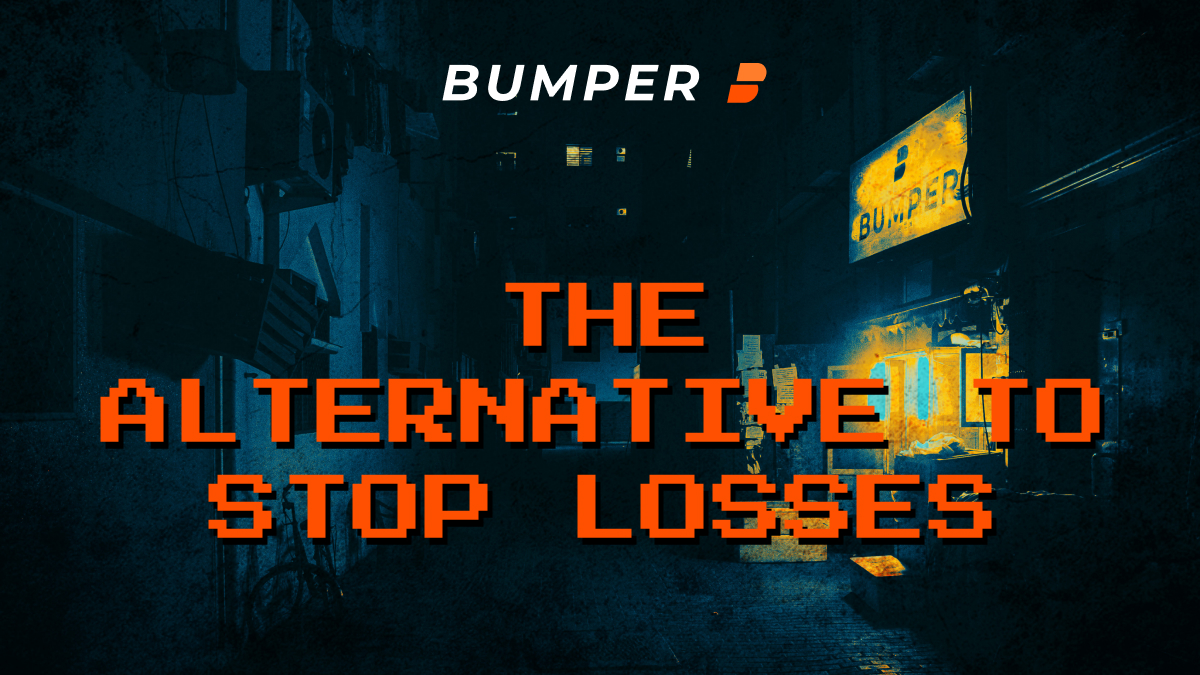 Stop Losses don't always work as intended, and you can easily end up finding yourself in a worse position. Here's the alternative to Stop Losses. 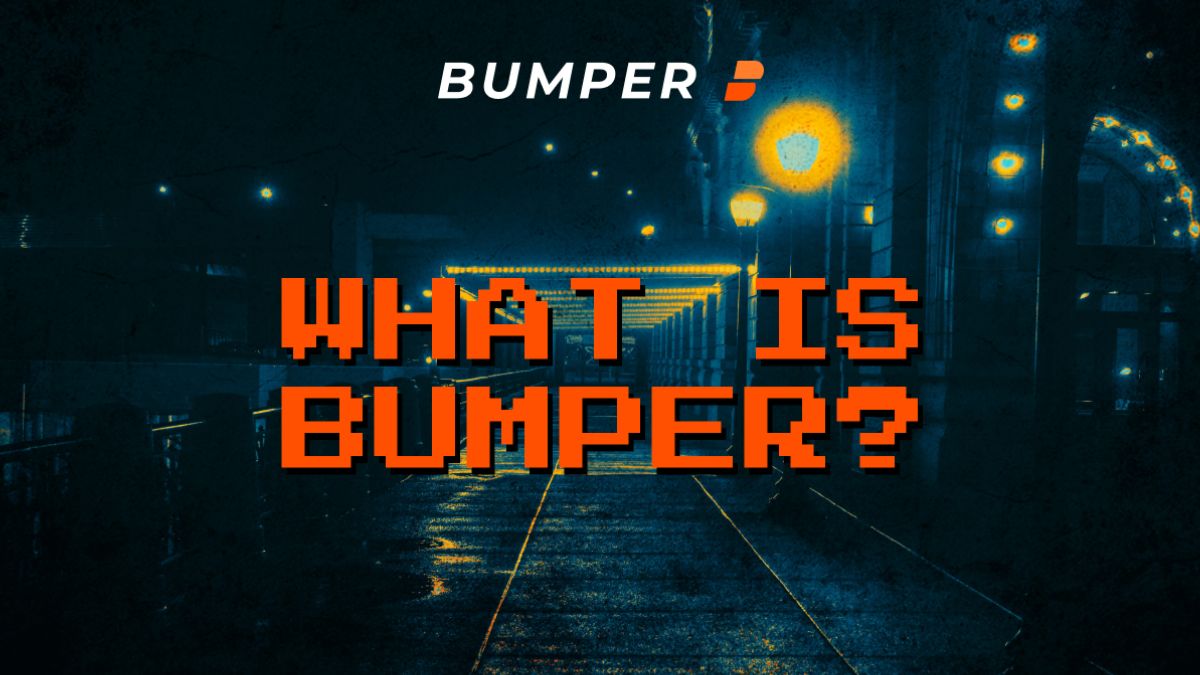 Bumper protects your crypto from the worst Gremlin of all... Volatility!