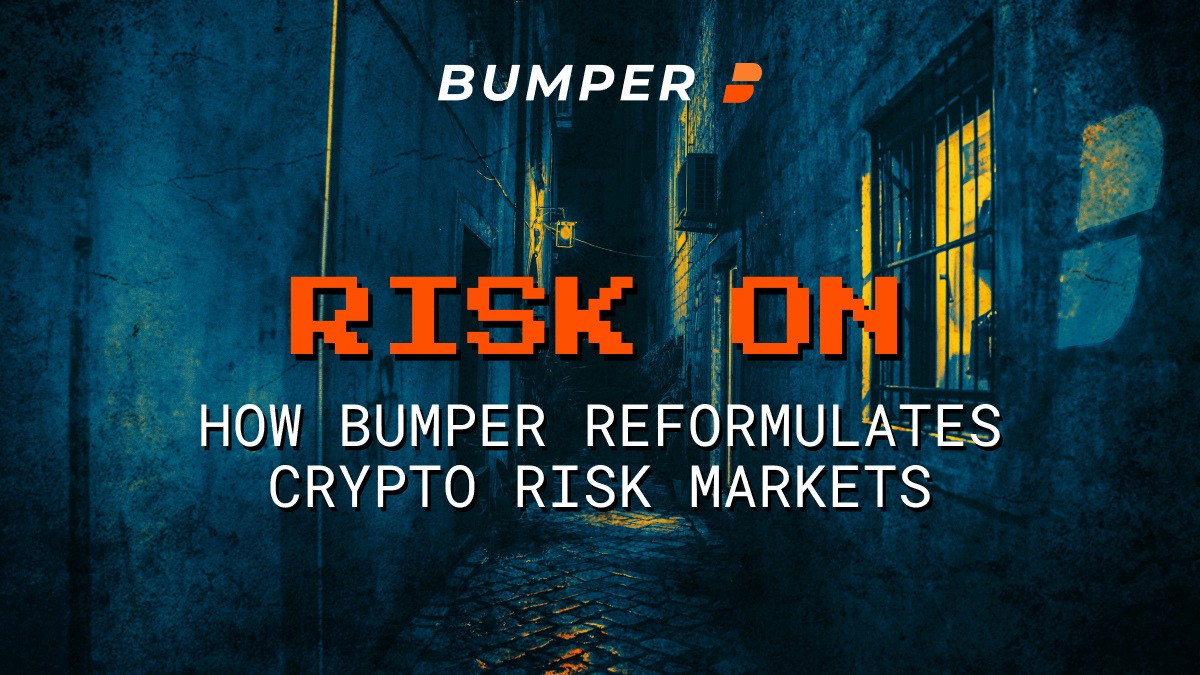 Risk management in financial markets is far from straightforward and nowhere is this more true than in cryptocurrency markets, where, compared to traditional equity markets, price volatility is often both extreme and frequent.

In the cryptosphere, there are two commonplace methods of risk management: Options desks and stop losses.

Stop losses are widely used amongst retail traders, in particular those who are engaged in day trading, but there exist many downsides to setting stops, not least slippage, and with the potential for introducing a number of unintended consequences (for brevity this article won’t cover in detail, but you can read about here).

There are also a number of disadvantages to using Options desks, particularly around their complexity and availability (this is especially true in the crypto markets).

Whilst there is often a tendency to focus on the benefits of a financial instrument to the buyers, it is important to remember that their counterparty (the sellers) has their own desired outcome,  which is yield generation and optimisation.

In Options markets, put contract buyers are selling risk (hedging), and on the other side, put contract sellers are assuming risk, and so there naturally becomes a question over their individual level of aversion.

To illustrate this, consider how actors in an Options market might think.

Options premiums are set by sellers and charged up front, and this introduces an inherent obliqueness to the deal, with buyers unaware of how sellers priced their contracts, and thus they have no idea whether a particular option represents good value.

One could argue this would be alleviated if every seller priced their contracts using a standard model, such as Black Scholes. In this (purely theoretical) case, all options with the same strike price and expiry would be equally priced, and there would be nothing that made one Options contract stand out as a more attractive purchase to a buyer over another.

This would simply turn selling contracts into a race to find buyers as quickly as possible, reducing the entire market into a tightly regulated, homogeneous and highly-centralised game, likely with only a small number of high-speed institutional actors participating on the seller side. This would be an anathema to the idea of free-market economics and nobody wants this!

Therefore, a rational actor would start to consider whether pricing for maximum yield (in other words, making it more expensive) simply means they are less likely to generate any yield, because why would a buyer purchase their contract over a similar one more reasonably priced?

Thus, part of the issue for Options sellers is that they are not only engaged in a zero-sum game with contract buyers, but they’re also in competition with other sellers too.

This introduces a whole level of mind-mushing complexity which transcends it being ‘just about the money’, and leads us to think about psychology and, by extension, philosophy. It is against this backdrop that DeFi protocol Bumper emerges to inject some fresh ideas into the very notion of risk markets.

Crypto created a new investor class, many of whom had never engaged in traditional investing. Of course, this new investor class generally begins their journey disadvantaged by a lack of knowledge of how markets fundamentally operate.

Many a crypto noob has found out the hard way that the highly volatile crypto markets are the wild-west on steroids, unrelenting and sometimes vicious.

When new users enter the crypto-sphere for the first time, many are bewildered by the sheer amount of new information that they’re subjected to — and they’re almost always minnows in a pond full of extremely hungry sharks whose appetite for profits will never be satiated. Figuring out how to benefit from volatility whilst avoiding losses is a tough gig.

There’s a saying used by experienced poker players that you should ‘never educate a fish’ and in the crypto world, this means the very people who want to take your money from you aren’t about to teach you where you’re going wrong.

That’s not to say that there aren’t some awesome resources which you can use to educate yourself, but of course, this takes time, and the learning curve can be pretty steep, especially for those who have no technical grounding.

I’ve heard many times from new users that they wish there was some way they could get some guarantees which would get them out of trouble if the market decides to bomb, and we have good news for them — Bumper is the tool you’re looking for.

Bumper isn’t just for crypto rookies — it’s perfect for the whole range of crypto enthusiasts who want to protect their actual tokens from the downside.

Effectively, Bumper is a super simple risk market, a DeFi alternative to both using Stop losses on a centralised exchange, and the often highly complex world of Options trading. Put simply, Bumper allows a user to protect their crypto tokens by simply going to the dApp, connecting their wallet, choosing a price floor and a term, and voila — instant protection from market crashes and downside volatility.

This provides so many benefits for new (as well as experienced) users.

For example, there are no “Greeks” to learn like you’d find on an Options desk, no relinquishing personal control by holding your tokens on an exchange, it’s really a very simple basic concept, and protection can be enabled in just a few button clicks

And, at the very core of Bumper's philosophy is that all risk and profit is shared — Protection takers know they’re paying a fair price, yield-seeking liquidity providers aren’t competing with each other, or having to get into pretty complex mathematic models to sell their contracts.

That’s not all — Bumper’s unique design creates an entirely new DeFi primitive — a Bumpered asset, which basically is a synthetic token, minted at the time protection is taken, and which represents the protected asset with the downside volatility removed.

For more experienced crypto players, especially those who are interested in DeFi, there are so many reasons to use Bumper, for example, to protect DeFi loans from automatic liquidation in the event of a market crash.

Want to know more about Bumper? Check out the Litepaper, or if you prefer it a little less technical, there’s always the simpler Flashpaper.

We also recommend joining the community and keeping up to date with the latest by following us on Twitter. 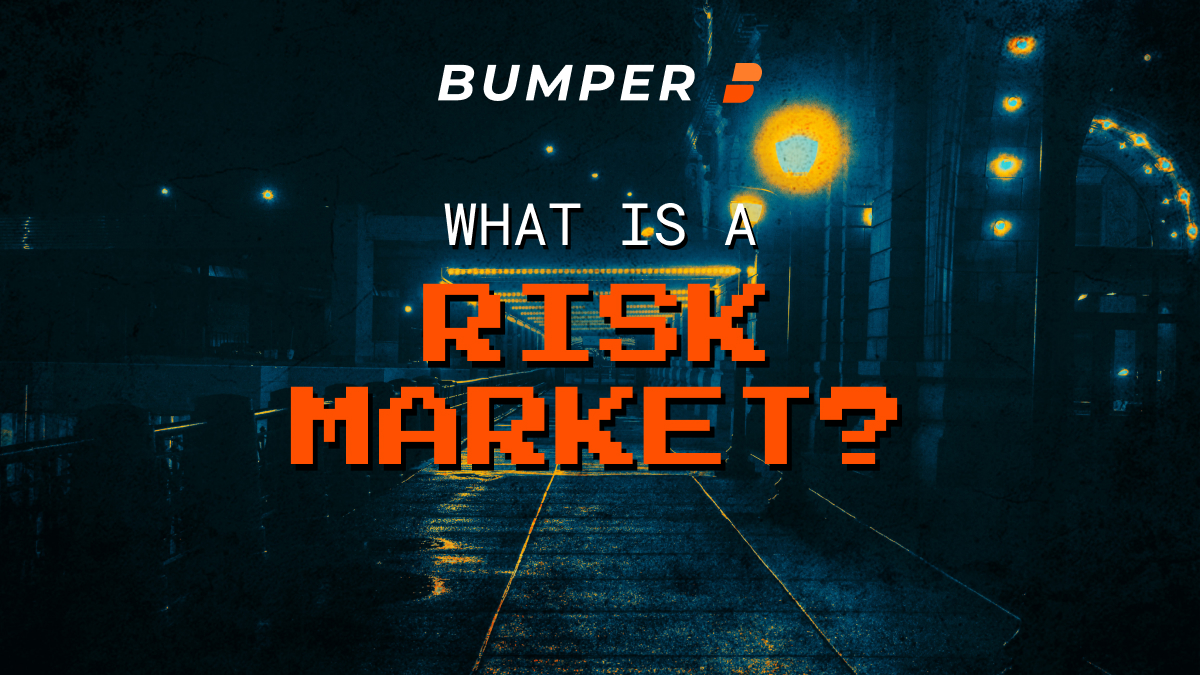 What is a risk market?

What are risk markets and how do they work, especially in the crypto sphere? 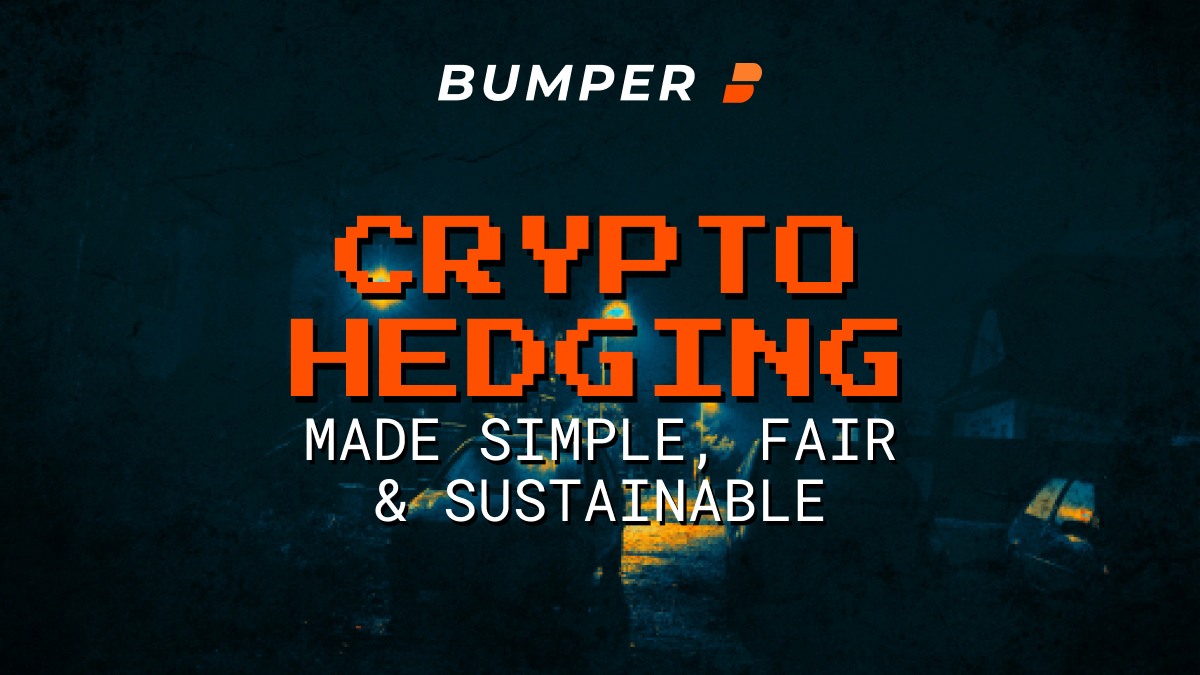 Bumper’s crypto price protection will disrupt the legacy options market with a novel DeFi protocol that’s fair, sustainable and easy to use!