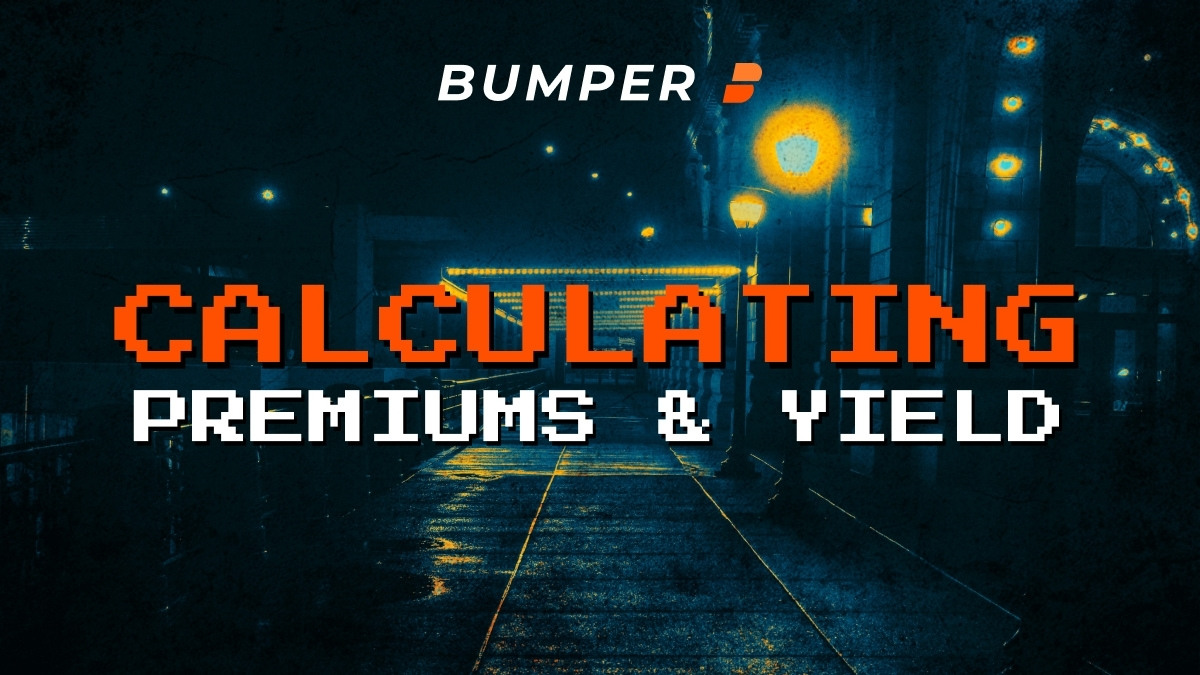 The mechanics behind how Bumper calculates Premiums and Yields

How Bumper calculates premiums (and by extension, how yields are derived) is one of the most frequently asked questions posed about the protocol.

In this article, we are going to explain the steps the protocol takes in calculating both Taker premiums and Maker yields.

Bumper’s premiums are applied to Takers regardless of whether they close above the floor, or claim stablecoins in the event of finishing below the floor, and are calculated in two parts.

Whilst the protocol fee is applied to an individual position when it is opened, premiums are charged incrementally, across the entire Asset Pool each time a state change occurs.A state change is triggered by a number of possible factors, including new positions being opened and variances in the protected assets price - in other words, volatility.

Rather than matching an individual Taker against an individual Maker in a combative, zero-sum position, all participant interactions take place between the individual and one of the protocol’s pools.

This means premiums and yields are distributed proportionally amongst all Takers and Makers based on the size of their position, their chosen floor/risk tier, and their term length.

Taker positions with higher floors have a higher risk of making a Claim, and so incur a higher premium. Conversely, Makers who select a higher Tier have higher leverage relative to other Makers; they take more of the profits if things are going well, but also more of the losses if they leave when there is a sharp price decline in the underlying asset price.

On both sides, longer Terms are generally regarded as a net benefit to the protocol as they aid in stabilising liquidity over time. As a result, longer terms receive a discount on premiums for Takers, and can mitigate against potential impermanent losses on the Maker side.

Bumper measures economic risk by monitoring the price of a protected asset (such as ETH) in the context of the liabilities assumed by the protocol.

A number of calculation steps take place, with each step informing the next, and the output results in the application of the dynamic premium, and by extension, the yield.

Price Measurement: the price of each protected asset is measured when there is a change in price over 0.5% (in either direction) from the previously measured price.
‍
Price Risk Calculations: A number of Price Risk Vectors are calculated, being the differences between the current relative price velocity, and an expected maximum based on historical volatility. A “Price Risk Factor” is then calculated from a weighted combination of all the Price Risk Vectors.

Probability of a Claim: The system then compares the difference between the currently measured asset price and the weighted average floor price across all the open Taker positions to derive a virtual “probability” of a claim on the Capital Pool.

‍Update Target Values: The Probability of Claim function updates the target values for the Capital and Asset Pools.

Liquidity Risk Calculations: The proximity of the protocol’s liquidity ratios to the newly updated targets inform a set of Liquidity risk vectors, and the weighted sum of these outputs a “Liquidity Risk Factor”.

‍Update Premium and Yield Target: By combining the Price Risk Factor and the Liquidity Risk Factor, the system calculates the premium to be applied to the Asset Pool, as a percentage of the number of the crypto assets locked into it.

Premiums are collected from the Asset Pool and credited to the Asset Reserve, and simultaneously, the Yield Target is also incremented.

In the section above, we introduced Risk Vectors, which have both a magnitude and a direction. In this context, each vector relates to how close to a particular measure is to its target

The pricing of risk involves calculating the probability that price protection for a Taker will be activated at a given time in the future (in other words, that the price of an asset will fall below the floor).

One of these indicators is the price proximity, which is best described as the difference between, and the direction of movement of the current price of an asset to a Taker’s floor.

In the diagram below, there are 2 points.

Point A is the current measure of price of an asset, in this example, ETH.

Point B indicates where a specific Taker’s floor is.

Of course, the current price of ETH is always moving as new buys and sells occur in the market, and the closeness and direction of movement of point B relative to point A determines proximity.

The mathematical calculations which take place under the hood of the Bumper protocol are complex, but, of course, present no problems for a smart contract which simply calculates and then updates. Essentially the protocol handles a number of software functions that trigger asynchronously (that is, they happen in a set sequence).

These functions ultimately determine when and to what extent Bumper’s pools need to be rebalanced, and crucially, how much Premium will be paid by Takers and how much Yield is collected by Makers.

Bumper has been designed to ensure that the fundamental objectives of the protocol are met at all times. This means constantly monitoring the price and applying state updates, allowing Bumper to work unattended and in a decentralised manner, where all protocol functions are determined by the protocols smart contracts.

This allows Bumper to operate as a completely unique and novel alternative to traditional risk management tools. 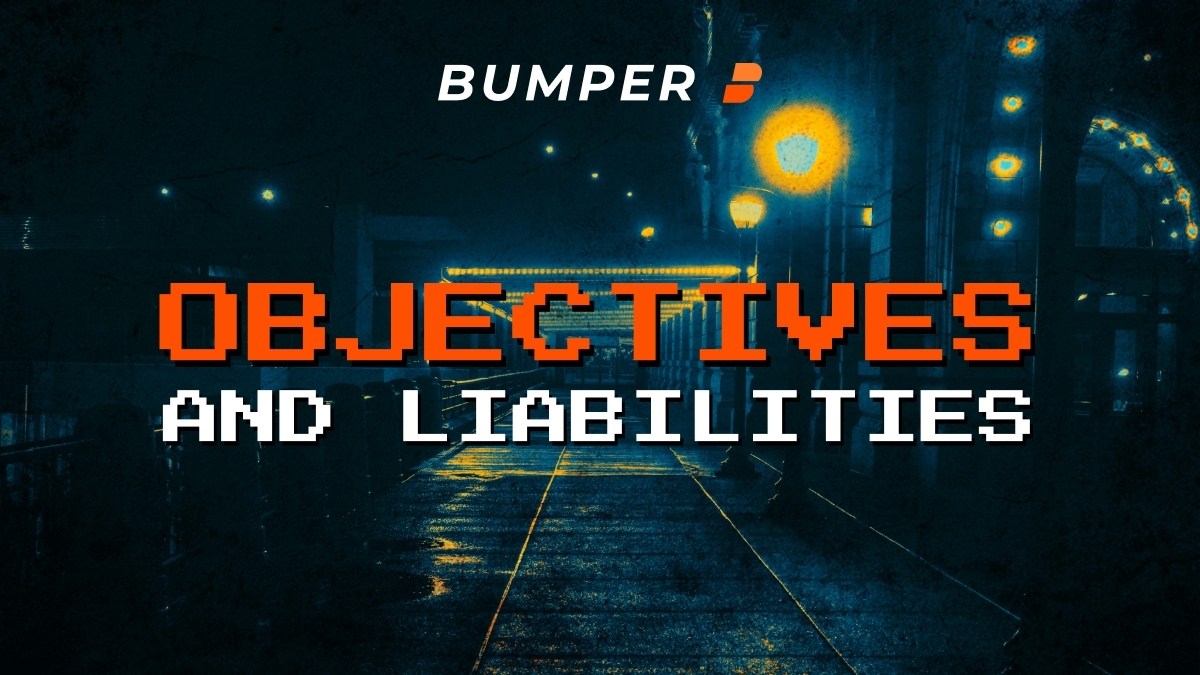 Bumper protocol objectives and how it deals with liabilities

A look at the Bumper protocol objectives and primary goals, and how the rebalancing pools meet both liquidity requirements and service user liabilities. 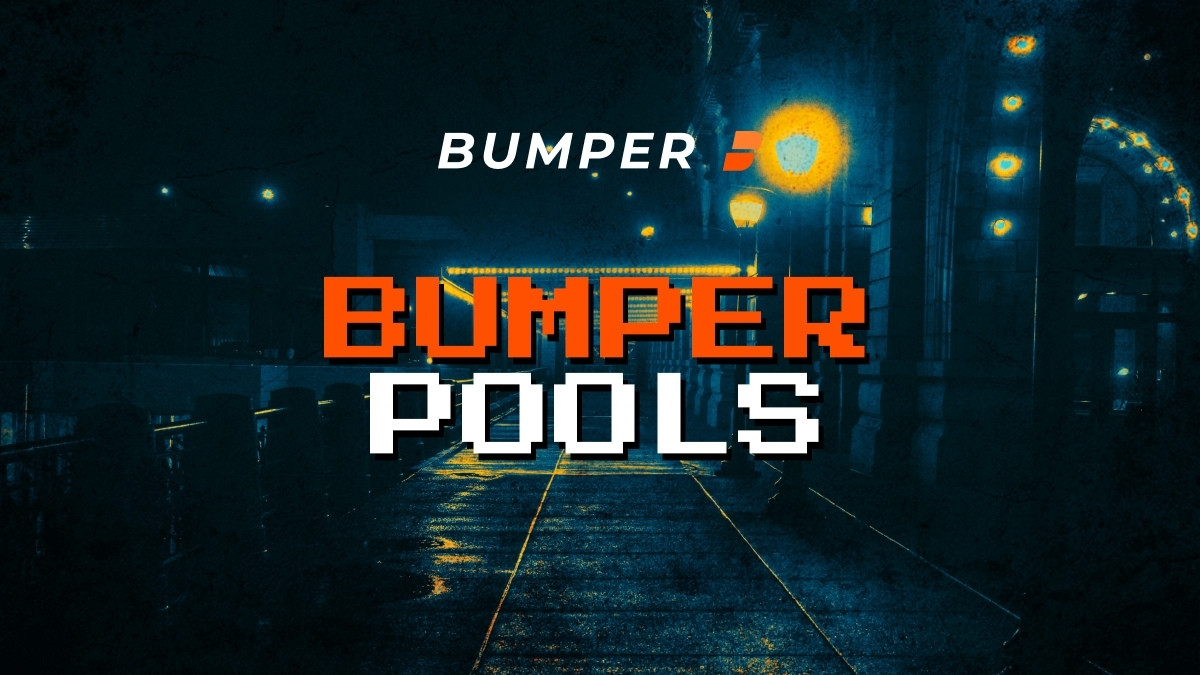