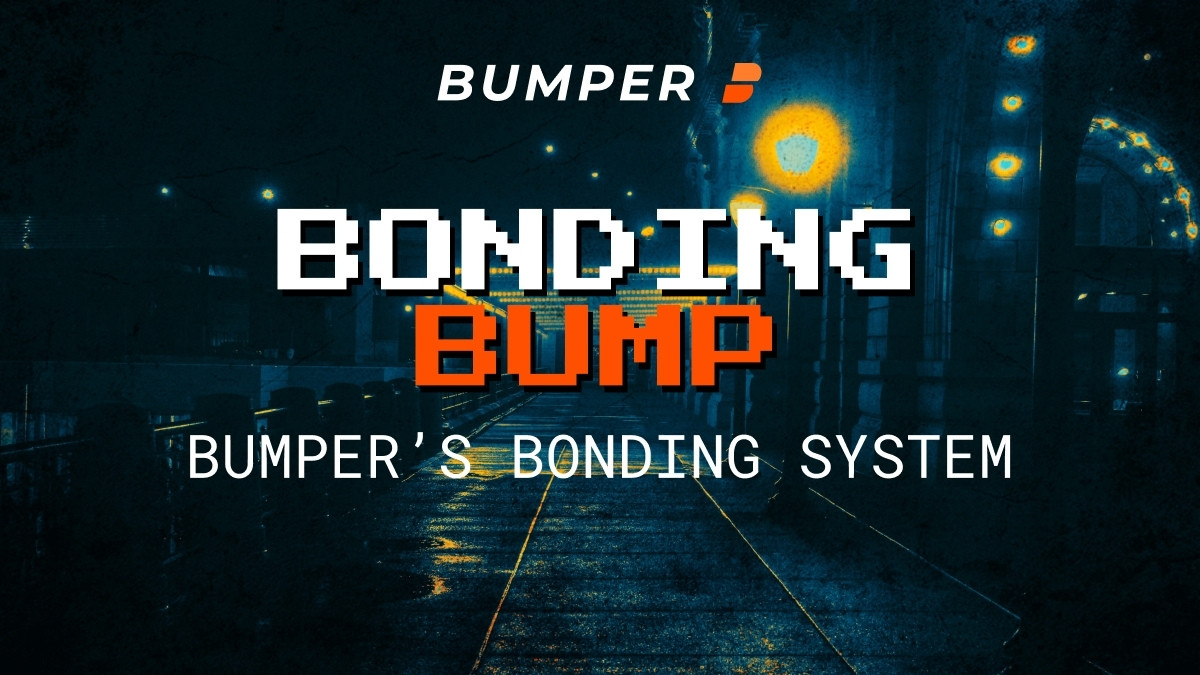 “If you want to read that, you’re gonna have to buy it…”

These were the most frequently uttered words from the mouth of Mr Crowe, the owner of the Comic book store and Emporium in the town I grew up in.

Poor Mr Crowe knew only too well the downside of having hundreds of kids in his store on a weekend, because none of them actually wanted to part with their pocket money when they could just surreptitiously sneak a read of the latest comic when he wasn’t watching.

Many a kid growing up in a small town in the North of England learned a great deal about economics in the 1980’s: we knew if we wanted an item or service (e.g. a chocolate bar, comic book, Back to the Future on VHS etc.) we had to spend some of our (limited) pocket money, or Mr Crowe goes out of business, and we’d end up having to trail all the way into the city to get our Saturday afternoon Marvel fix.

Of course, this didn’t stop some of the older kids deliberately causing a ruckus, allowing some of them to sneakily pinch a copy of “Secret Wars” by hiding it under their tops whilst our long-suffering owner was distracted, and generally shouting “you bloody kids are giving me an ulcer”.

Eventually, Mr Crowe came up with a plan. He opened a reading room in the back. The local kids got access to all the latest comics without having to buy (or steal) them, and for this he charged us the princely sum of one pound so we could sit in a worn armchair and read the latest Batman. And the genius bit was, if you behaved yourself, you’d get fifty pence back when you left.

Mr Crowe realised not only could he charge for his previously empty back room, he also generated more in sales of cans of cola and gummy bears, and, probably more importantly for his overall health and wellbeing, he spent a lot less time clipping unruly teenagers round the ears (this was the 1980’s, and times were very different then).

He’d effectively incentivised us local kids to better conduct ourselves by charging a “good behaviour” bond.

Bonding - Buy, Use but don’t spend!

In the crypto world, we’re used to spending our tokens to access certain services, whether it’s paying gas or validator fees, utilising resources on decentralised virtual machines, or gaining access to specific services.

But Bumper doesn’t work that way. In order to use the protocol to open a position, regardless of whether that’s to gain price protection for your crypto, or to earn a yield on your stablecoins, you’ll need BUMP tokens in your wallet, and these tokens are held as a bond, effectively locked in the protocol and unable to be spent.

These tokens are then released when you close your position… and unlike Mr Crowe returning half of your bond, you get the lot back (as long as you don’t withdraw early, but more about that soon).

Whilst users must find and hold BUMP tokens in order to take advantage of the Bumper protocol to protect themselves from volatility or earn a steady yield, they never actually spend their tokens.

There are also a number of interesting second-order effects of Bonding BUMP tokens which drive both demand and create a steadily flowing market.

The very fact that users are required to locate BUMP tokens before using the protocol prevents huge inflows into the protocol at any given time.

This stops malicious actors from being able to try to negatively imbalance the state of the protocol by depositing vast amounts of tokens all at one given point.

Whilst it is of course possible for a user to open a large position, they’ll need to find a sufficiently sized number of BUMP tokens to do it (thus driving demand, and we all know what happens then)!

Not only does BUMP bonding act to prevent large inflows, it also helps prevent sudden outflows too.

It is possible to close a BUMP position early, withdrawing as a Taker or a Maker, but doing so means that your bond will be forfeit.

This disincentivises users from withdrawing early, as the costs of closing a position before it expires is significantly increased.

Did you know that Bumper allows you to leave your bond in the protocol when you exit your current position? This means you can use these tokens the next time you come to use the protocol for protection or yield generation, reducing the number of transactions on the blockchain, and making it even easier to manage your portfolio in the future.
‍

It gets better: BUMP incentives

You may end up getting more BUMP back than you started with, as Bumper has two incentive mechanisms, called Boost and Network incentives, which activate in certain conditions, particularly for long term or early token holders, who can earn additional BUMP tokens for taking out positions using Bumper.

For some early adopters, this is a good reason to hold their tokens for an even longer period, motivating them to open positions or to “diamond hand” BUMP.

The Bumper protocol has been designed with network effect in mind, encouraging participants to behave both as good actors, and also to give them cause to consider how best to utilise their BUMP tokens.

And that’s not all. BUMP tokens also confer governance rights for holders, and unbonded tokens can be staked to earn totally wicked BUMP rewards.

In conclusion, Bumper’s unique architecture is focused around adding value for token holders, by encouraging them to participate with the protocol, rather than simply speculating on price. BUMP is a true utility token which we think Mr Crowe would have been very satisfied with.

You can buy BUMP tokens on Uniswap, and we recommend reading this article to find out more about BUMP, or for those who like a few more techy deets, there’s always the Bumper Litepaper. 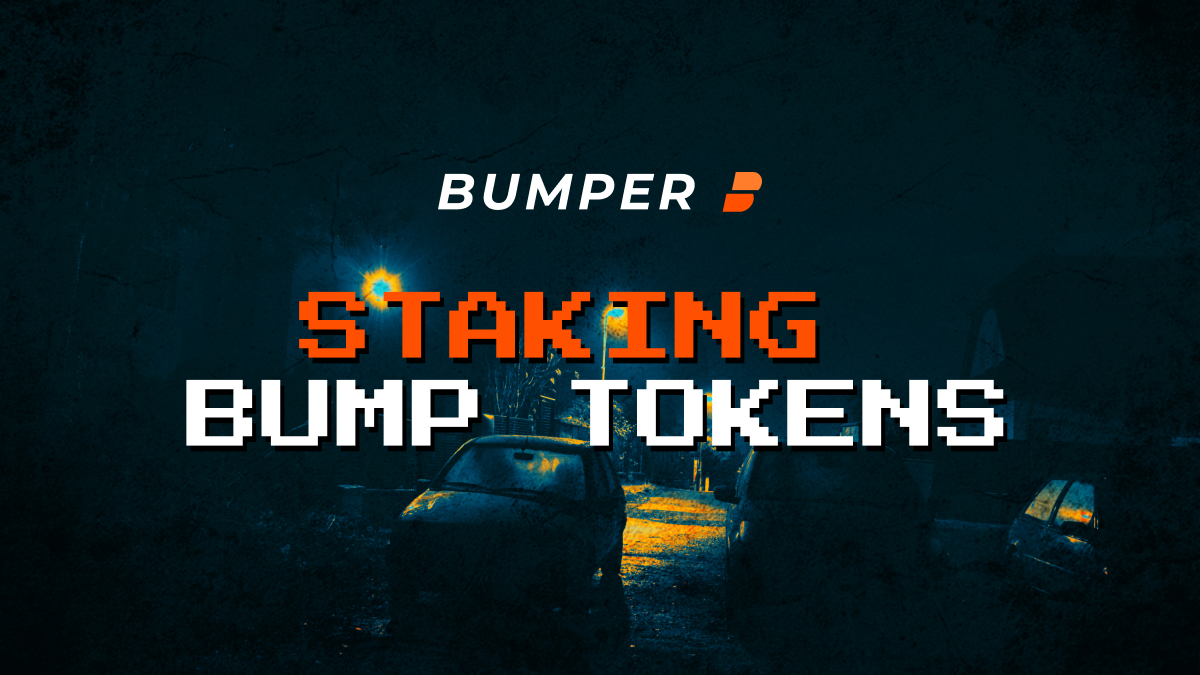 Staking BUMP - Earn rewards by staking your tokens into Bumper 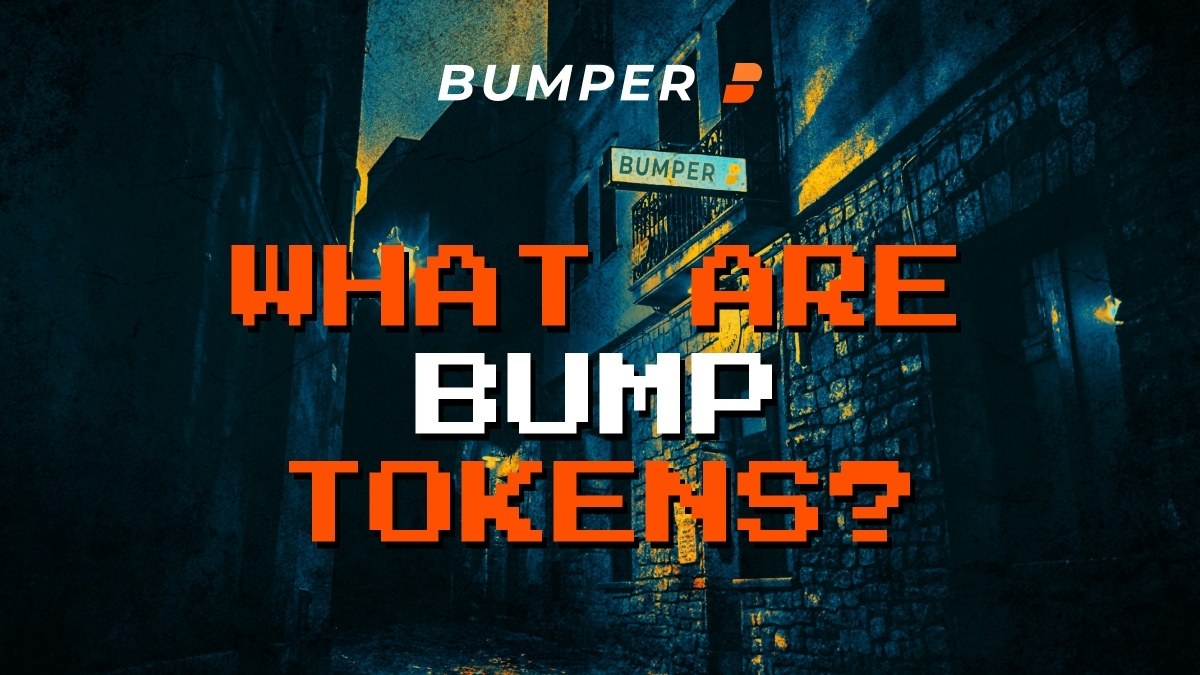 What are BUMP tokens?

What are BUMP tokens? A simple guide to how BUMP tokens power the Bumper crypto price protection protocol.