The biggest show in town last week was the Bitcoin 2022 conference in Miami, where somewhere around 40,000 visitors and exhibitors came together to enjoy four days of nothing but Crypto. This was to date arguably the biggest Bitcoin focussed conference in crypto history, with numbers eclipsing the roughly twelve thousand who attended the 2021.

There were plenty of announcements and crowd-pleaser keynotes from the wide variety of speakers at this years’ conference, with the obligatory unveiling of new products, partnerships and services keeping the energy high.

Bumper was also there, with our intrepid CEO Jonathan DeCarteret in attendance, and here are our key takeaways from the show.

As one of the main highlights in the crypto-calendar, Bitcoin 2022 was always going to be full of exciting announcements, and this year was no exception.

Strike CEO Jack Mallers took to the stage to disclose that the company had formed a partnership with Spotify to allow the online retail giant to accept Bitcoin through the Lightning network, and deals with NCR and Blackhawk to widely enable BTC payments in retail stores in the US.

President Bukele, the Premier of El Salvadore, who went down in history as the first world leader to adopt Bitcoin nationally, was unable to join the conference, cancelling at the last minute. Despite this, there were interesting developments from elsewhere in the world, the most notable being news that at least two territories are moving towards joining the Central American republic in accepting Bitcoin, at least in some form, as legal tender.

Prospera, a jurisdiction on the Roatan island, located just off the north coast of Honduras used the conference to announce that local residents won’t be paying any capital gains tax on BTC, and unveiled a plan to float ‘Bitcoin Bonds’ with the aim of encouraging foreign investment in the region.

Separately, the president of the regional government of Madeira, Miguel Albuquerque, announced that residents in the Portuguese autonomous region will be exempted from personal income tax when buying or selling Bitcoin.

Not to be outdone, long time Bitcoin advocate Indira Kempis Martinez, a Senator from the Mexican state of Nuevo Leon, called for her government to adopt the king of crypto’s as legal tender in the country.

Mining is an often controversial topic, with many detractors often citing the heavy energy usage required for maintaining the Proof of Work consensus method which powers the Bitcoin network, and the Miami conference had no shortage of interesting mining solutions on offer.

Jordan Chen, COO of MicroBT announced the company’s new range of Whatsminer ASIC mining rigs, which promise to run at higher power for longer delivering up to 126 terahashes per second (TH/s).

Shark Tank’s Kevin O’Leary talked about how Bitcoin mining could save the world, explaining how excess generation from renewable energy sources could be repurposed off for mining processes, filling a much needed hole which could help with the development of renewables.

Bitcoin: the hedge against Tyranny

There was no doubt, despite BTC falling in price over the duration of the Miami event, that sentiment is bullish on Bitcoin, certainly in the long term. With the Miami conference coinciding with heightened social, economic and political uncertainty, there was no shortage of tough talk about the alternative financial system which has blown up over the last ten years or so.

Dr Jordan Peterson led the charge in a fireside chat with a spirited defence of capitalism, although he did stop short of proclaiming Bitcoin to be the new gold standard.

Chase Perkins drove a clear and present message to attendees that “we have become, not even in essence, but quite literally, subjects of digital tyranny” before announcing that his company Impervious AI was planning a new web browser which is able to run on the Bitcoin Lightning Network, providing a completely censorship-resistant solution for free speech.

But nobody steals a show like Peter Thiel, after the theatrical billionaire threw out $100 bills into the crowd, he went on to list the ‘Enemies of Bitcoin’, firstly labelling Stock Market legend, and long time BTC critic Warren Buffet as a ‘sociopathic grandpa’.

It didn’t stop there. The former co-founder of Paypal called JP Morgan’s CEO Jamie Dimon and Blackrock’s Larry Fink as the part of the ‘Gerontocracy’ (literally, a society governed by old people).

Thiel also believes that Bitcoin has the potential to 100x even from its current price, and he wasn’t the only one with massively bullish sentiment.

Bulls, Regulation and the Awakening

With laser-beams emanating from it’s eyes, the Bitcoin Bull statue positioned outside the conference centre took a backseat to some of the predictions banded around by notable keynote speakers, including Cathie Wood (Ark Invest) and Michael Saylor (Microstrategy), who are both looking at a $1M price target.

Saylor also went on to talk about how he is seeing many positive signs emanating from the US government recently, including how federal agencies have recently received directions to investigate digital currencies.

Indeed, whilst conversations are clearly occurring at the highest levels of government, and a notable shift in tone coming from on high, including US Senator Cynthia Lummis (R, Wy)  sharing details on a bipartisan bill designed to propel innovation in the crypto space.

But probably the most intriguing part of Bitcoin 2022 was the fact that the entire first day was dedicated to the institutions, who, until now have mostly been lukewarm on Bitcoin and crypto in general.

This sea-change is definitely something new which cannot be overlooked, as thousands of representatives from some of the biggest financial firms, banks and governments were given their own opportunity to meet and discuss the future of finance with Bitcoin in play.

What Bitcoin 2022 Means for Bumper

As Bumper gears up ready for launch, there is no doubt that the energy at this year’s Bitcoin conference has been something new, and with crypto adoption growing, the need for protection from volatility has never been greater, especially in uncertain times like these.

Mass adoption will become driven by a need for more and more people hedging from the wild inflation caused by reckless money printing by the world’s governments, and Bumper’s innovative DeFi protocol provides that much needed security for many, especially those who will be entering into the space for the first time. 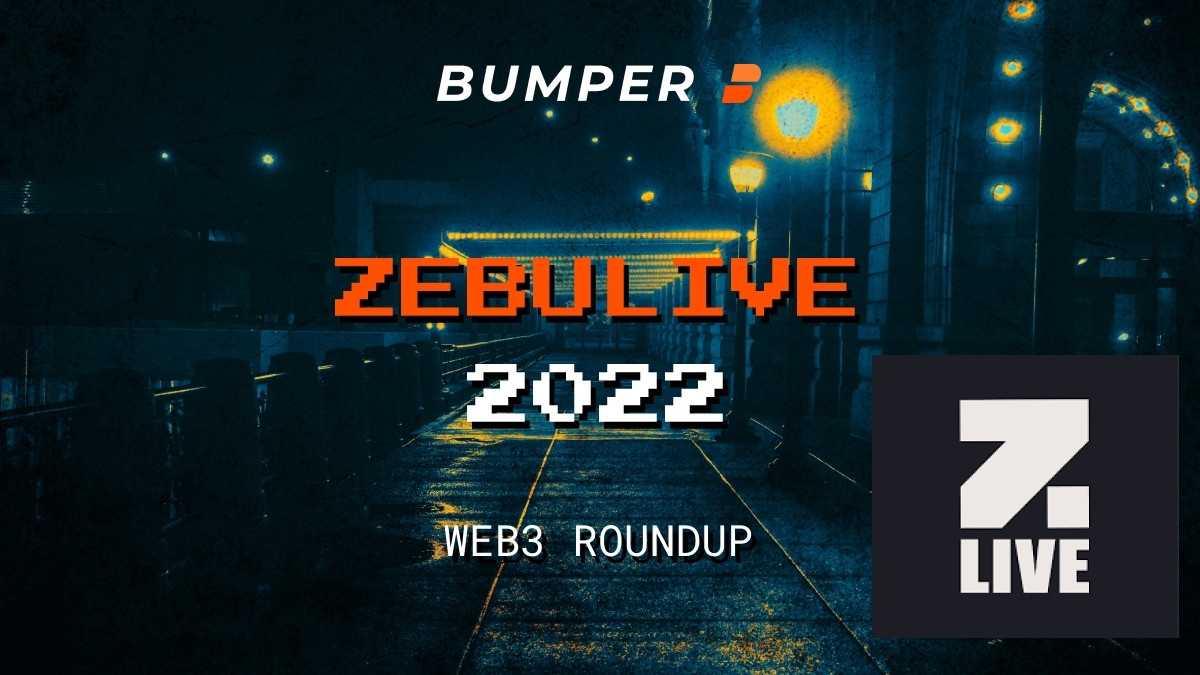 ZebuLive 2022 was the highlight to end London Web3 Week, and Bumper were there to soak in the atmosphere. Here's our roundup of the show and our favourite bits. 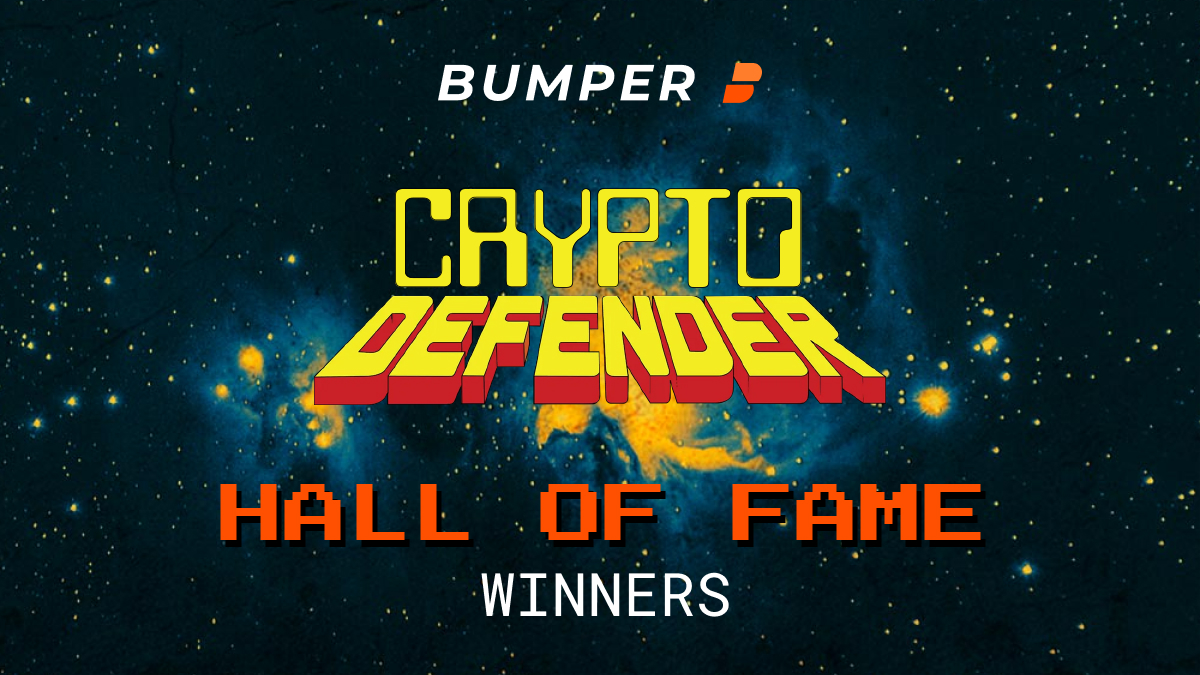