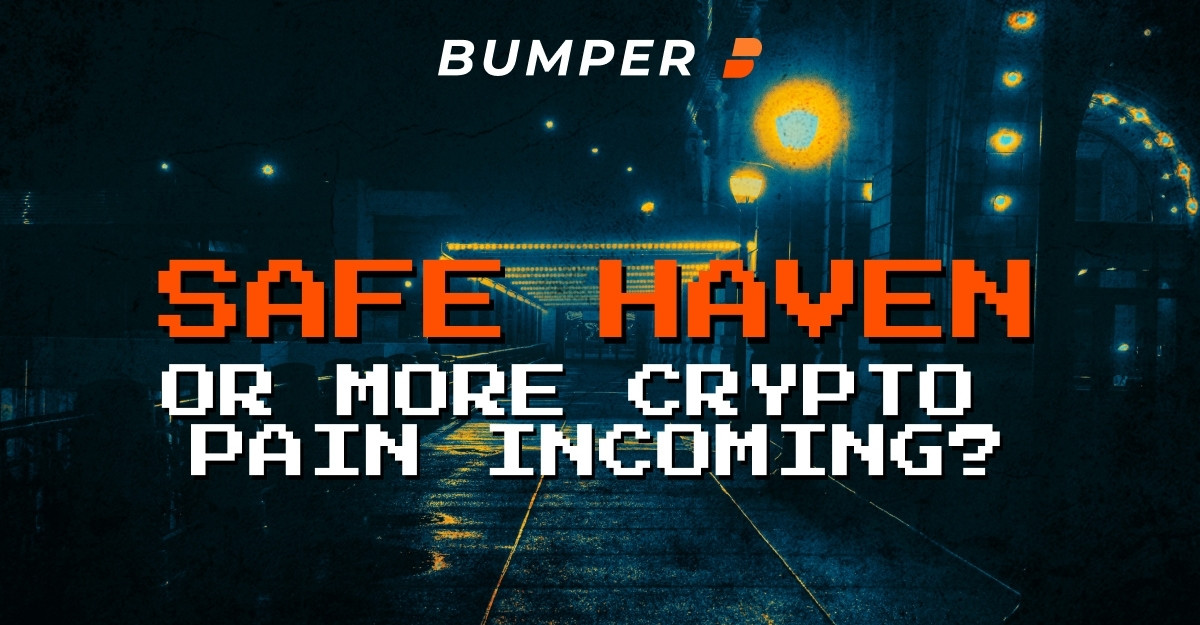 Bank of America strategists say Bitcoin being seen as safe haven - But will there be more pain first?

Unless you’ve been living under a rock for the last few months, you’ll be acutely aware that the global money markets are under extraordinary pressure.

Whether this is by accident, coincidence, or design makes little difference to the average family who are seeing their personal spending power being utterly destroyed by the biggest spike in inflation in 40 years, exacerbated by talk of food scarcity, energy blackouts and, to quote cult author Robert Anton Wilson, the looming spectre of the Globalist west versus Russia resulting in ‘all out thermo-nuclear heck’.

But, there may well be some positive news (for a change) for crypto enthusiasts. After a roughly 75% drop this year, followed by the last few weeks of stagnation, something, it appears, may be happening in the crypto markets.

After a year of decline, or as some might call it a massive filthy dump from a new Bitcoin all-time high, a couple of the top strategists from the Bank of America - of all places - think cryptos could very soon start diverging from traditional asset classes.

BofA’s Alkesh Shah and Andrew Moss believe that the relationship between Bitcoin and traditional assets is shifting.

This, combined with on-chain metrics showing crypto exchange outflows significantly outpacing inflows, may well be a sign that investors are starting (finally) to regard the king of crypto as a safe haven, especially in these turbulent times.

Conversely, outflows of the top four stablecoins were well below the weekly average compared to the prior 6 weeks, which could be interpreted as a sign of traders waiting for a signal as to whether Bitcoin’s next move is going to be a break-up or a further retreat down.

Across all the exchanges, outflows have outstripped inflows by a wide margin for three out of the last four weeks. In fact, outflows over the last few days have been the most seen since mid June, whilst the number of wallets holding tokens which haven’t moved for over a year remains near all-time highs.

All of these are signs of crypto holders waiting for… well, something to happen. But they certainly aren’t making a move right now.

Shah and Moss argue that Bitcoin’s diverging price movements compared to other assets is an indication that it may regain its ‘safe haven’ status, most likely after a stretch where it trades as a risk asset.

If this thesis is correct, it’s positive news for two very good reasons; firstly, safe haven assets tend to mean more accumulation and less selling, and secondly, if crypto’s mass market appeal is ever to be realised, there needs to be a shift in sentiment around digital assets.

And they might just have a point. Because, whilst the rest of the financial world is in meltdown, there is a strong possibility that both retail and institutional investors could well be shifting to a recognition that the death knell is ringing for fiat, and it’s time to look at other options - including crypto.

Bitcoin, in fact, is more highly correlated with gold now than in any time over the last year, and, even more significantly for investors weighing up the two for potential returns tells a very stark story: Bitcoin returns over the last 10 years were ten times higher than Gold could manage.

Why is this important? Well, the divergence from traditional markets and convergence more with Gold could be indicative that more and more investors are indeed starting to see Bitcoin as a safe haven alongside (or maybe even over-and-above) precious metals.

The Calm before the storm: Low Volatility

Bitcoin has been unusually calm over the last month or so, which is significantly different from the chaos playing out all over the traditional markets.

In fact, Bitcoin was less volatile than the Dow Jones (DJIA) over the last few weeks, which, although almost unheard of, makes sense during what’s possibly the biggest liquidity unwinding since the Wall Street Crash.

One interesting metric is that over the last 40 years, the DJIA has only been more oversold than today on only four occasions, all of which coincide directly with major global financial events (the 1982 Debt Crisis, the Dot-Com bubble bursting 2000-02, the 2008-09 meltdown and of course the Covid collapse of 2020).

To cap it all off, the volatility index on DeFi options chains last week hit the lowest level for well over a year. Ooof!

Why is all this important? Well, long periods of low volatility often precede huge price movements. Should this volatility be to the upside, we could be about to see a sizable crypto moon-shot very soon!

But, before you rush into mortgaging the kids to buy more crypto…
‍

Here’s the other side of the coin

All that being said, purists of TA will have noticed a very troublesome sign which contradicts this analysis, pointing to a descending triangle that’s formed on the Bitcoin chart.

Technical analysis suggests this classic bearish pattern could see BTC drop even further to the downside, however pulling out a little more and you could argue it’s forming a tasty double bottom, which could invalidate this bear thesis.

We probably won’t have to wait too long to find out whether the Bank of America’s strategists are right, or whether they got it all wrong (again). Much of it will depend on whether there is a Fed pivot (which most institutions are betting is a virtual dead certainty).

‍TL;DR: You might as well ask the Magic 8-ball what you should do because even the ‘smart money’ has no idea, and Mr Goxx, the trading hamster has long since passed away.

But, seriously, trying to decide which way a market will move is virtually impossible, never one-sided (especially during the kind of turbulent times we’re experiencing today), and always open to interpretation!

One thing is for sure, crunch time is almost upon us, and the point of decision is likely right around the corner. Can Bitcoin push out and up to potential new all-time-highs, or will there be further capitulation?

Certainly, sentiment is split throughout crypto social media, with no real consensus on whether we are going to see sub $15K or over $25K first.

And this is exactly why we’re building Bumper, because volatility sucks when you’re on the wrong side of it.

If you don’t know what Bumper is yet, then we strongly recommend you take a look, because it’s completely unique in the history of crypto - a method of directly protecting the value of your tokens, locking in profits without forgoing future gains, and offering a novel DeFi primitive that’s never been seen before.

If that’s whet your appetite, come and join us in our Discord community and find out why Bumper is going to disrupt the very idea of getting rekt. 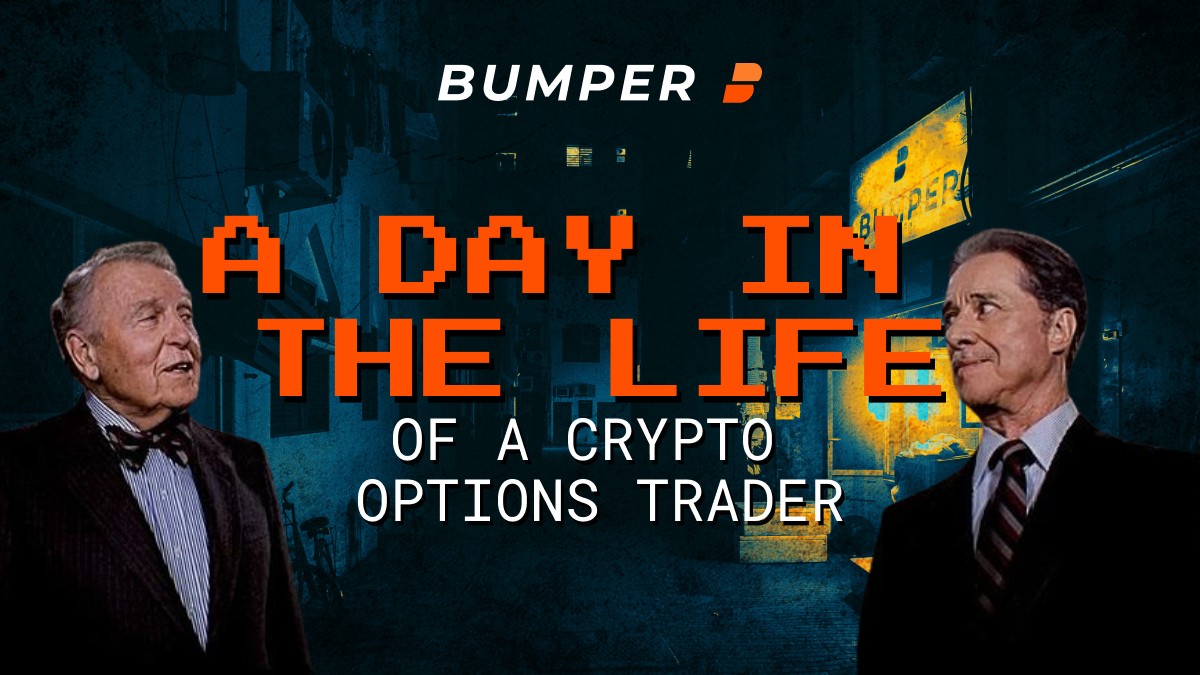 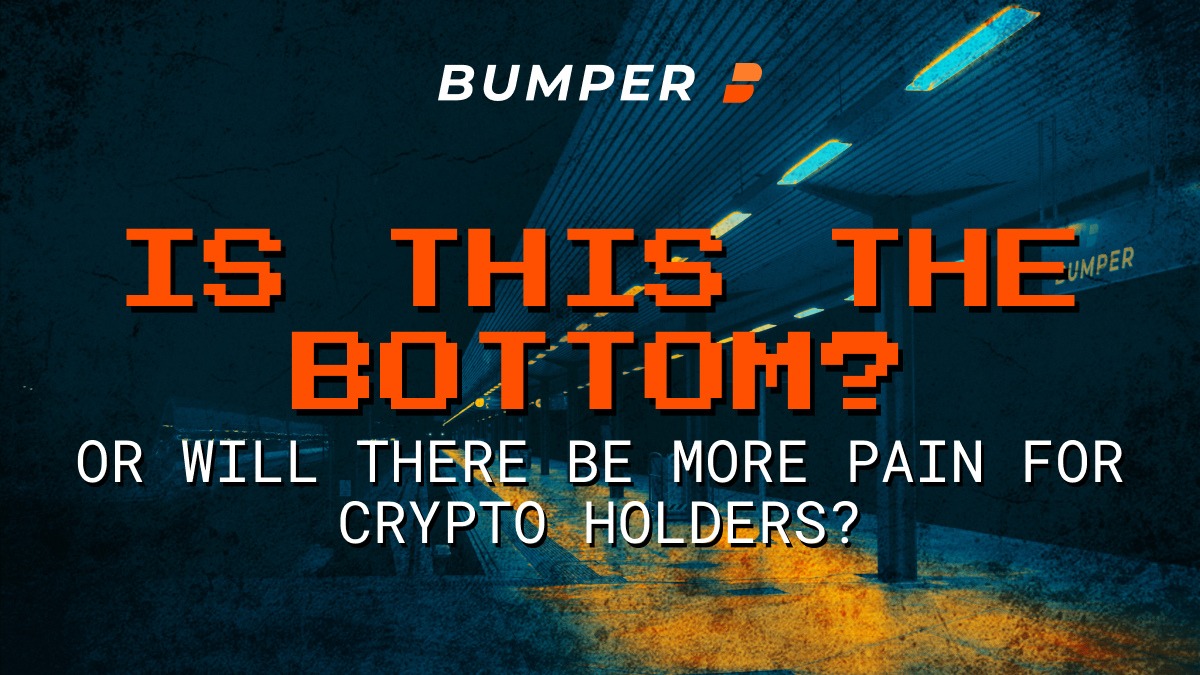